Update: April 9, 2014
Raymond has been adopted into his forever home! Lauren’s Wing-The Fund for Animal Care is honored to partner with AFA in helping our animal friends find happy new beginnings! 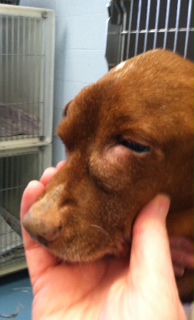 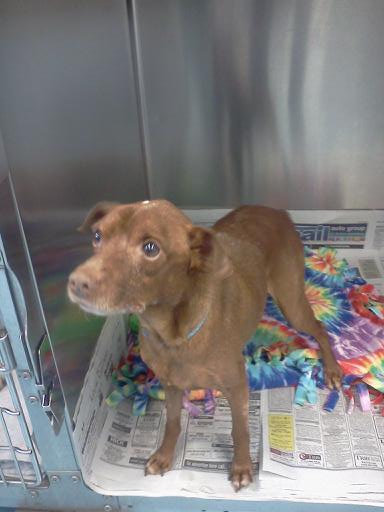 Raymond shortly after his surgery, ready to play!

Meet Raymond – our newest recipient of the Lauren’s Wing – Fund for Animal Care.

Here is his story as told by Action For Animals Humane Society:

“Raymond was scheduled to be euthanized at an open door shelter. The AFA shelter manager saw him sitting in a pen while picking up other animals on a transfer. She asked if she could take him so AFA could try to help. He had been an owner surrender in need of medical care and as a mature gentleman, his options were few at his previous shelter.

Raymond arrived at AFA and was evaluated. He had terrible teeth and a large lump under his eye. After dental surgery to remove several bad teeth, two fistulas were discovered in his mouth. AFA vets, Dr. Mucci and Dr. Bowser felt that perhaps the open fistulas were clogging his tear ducts, resulting in the mass under his eye. Raymond required additional specialty surgery to close up the fistulas. Hopefully, this poor little guy will have relief soon!

Raymond is a trooper. In spite of how terrible he must feel he is gentle and sweet. He is a handsome guy and is so deserving of this second chance. Imagine how afraid he must have been when dropped off and left at the shelter in need of medical attention.

Everyone Loves This Raymond, too!”

Please check back with us as we will be posting some new pics of Raymond after he has a little time to heal!