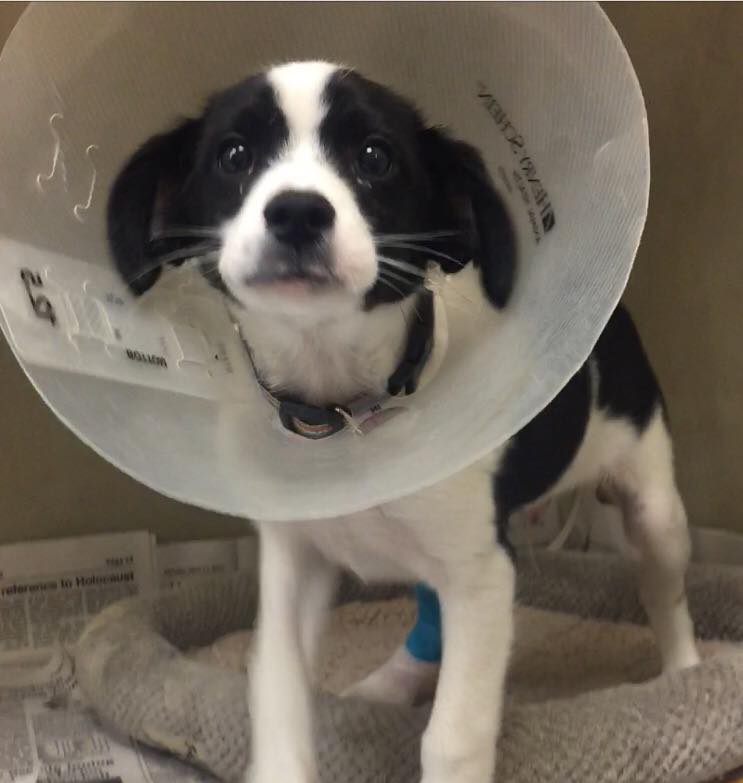 Our special little puppy “Thirty” had a serious setback last week. For unknown reasons, he started to have seizures. The veterinarians at AFA kept a watchful eye on him and he was placed on anti seizure medication. Despite all attempts to keep his seizures under control, last Friday June 23rd, on the sixth anniversary of Lauren’s passing, Thirty had a massive grand mal seizure that would not stop. The excruciating but merciful decision was made to not let him suffer any longer. Shelter manager Lu held him, told him his work was done and it was time for Lauren to get her first puppy. We would like to think “Thirty” is now in her loving arms.

This is one of the most heartbreaking outcomes we have had to share. With 31 animals having received the Lauren’s Wing medical care fund since 2013, only one other animal didn’t fully recover. We understand that the animals placed under our “wing” are in serious medical condition and are already at high risk, but we strongly believe it is worth the chance of being heartbroken to save their lives. It was a blessing to be able to give Thirty his second chance and a comfort to know that he was loved and cared for by our compassionate friends at Action for Animals. We thank them for their efforts and never ending supply of love they shared with Thirty this last month. It is an honor to partner with such a fine staff and shelter.

There is a blessing to this very sad story. Thirty’s two siblings, Lauren and Chance, have each found a forever home and are happy, healthy and well adjusted with new loving families.

Lauren’s Wing and her family wish to thank everyone who supports our foundation to help animals in need. Your thoughtful words and compassion have lifted our hearts in the darkest of times. We are forever grateful.

⭐️
“Sometimes the smallest star in heaven,
shines the brightest for all to see on Earth.”
– Kerstin Highlands 6/26/17

Happy to tell you I have arrived safely at Action for Animals. My surprise news – I didn’t come alone. My two siblings are with me! My female sis has been named Lauren and my other sibling will be Chance. 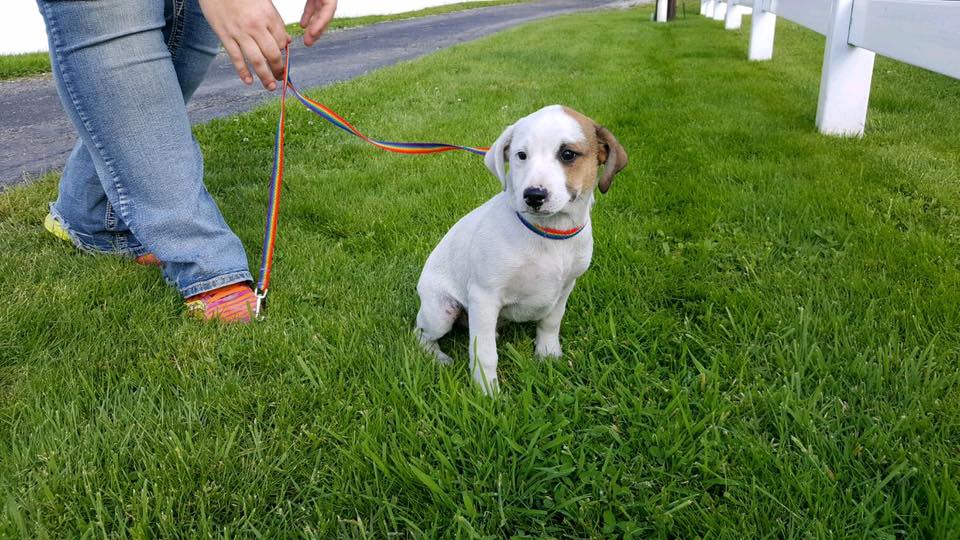 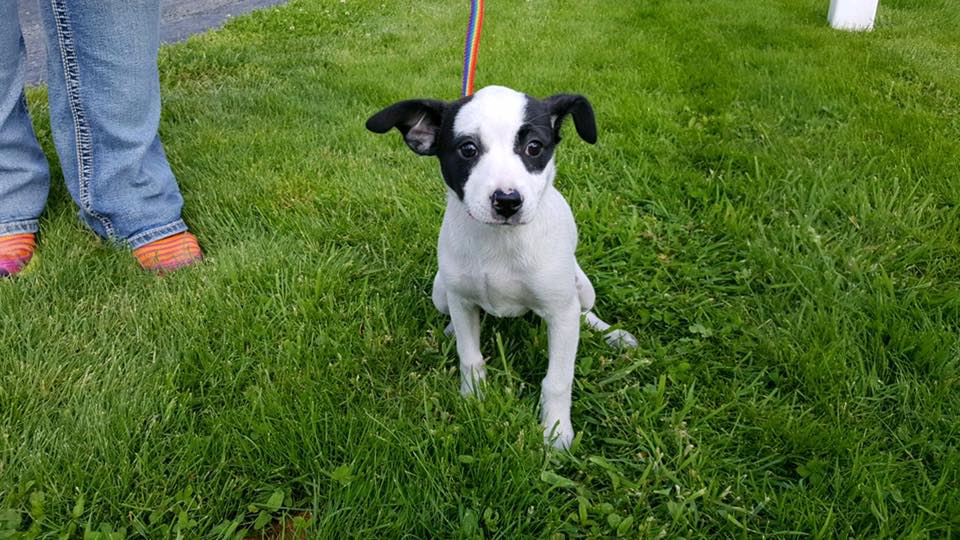 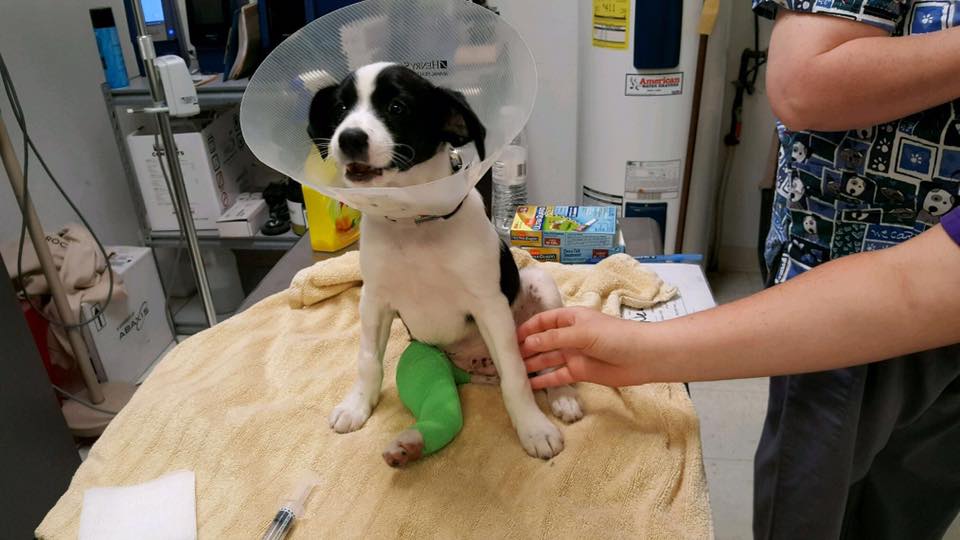 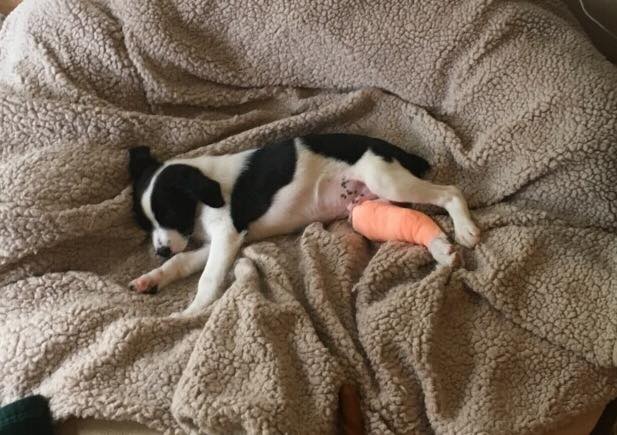 Here I am resting quite comfortably after my morning surgery. My broken leg is now on the mend!
And that is not all. I have officially been named “Thirty”. Yes, it’s an unusual name but I feel pretty special about it and here is why-

Shelter Manager Lu asked Lauren’s Mom to help think of a name for me. Her response was ” I can’t think of anything at the moment, but this animal just happens to be the 30th recipient of the Lauren’s Wing Fund. This number 30 is so significant to me, for it represents an animal saved for each year that we were blessed to share our lives with Lauren here in this world.” Without hesitation Lu responded, “Then we will call him THIRTY”.

If all goes according to plan, I will be arriving at the AFA shelter sometime tomorrow. Keep your fingers crossed because I may have another surprise to share… so please check back!

Coming soon…….. a photo of our newest recipient!

The Action for Animals Shelter Manager Lu received a call from a West VA shelter asking for help. A 17 week old Jack Russell mix was at their shelter with a broken leg. Not having the funds for proper care the puppy’s future looked grim. We are happy to report the puppy’s life will be saved. Lauren’s Wing will be funding his emergency surgery.

We will update and post photos as soon as they arrive! Thanks to all who support the Lauren’s Wing Fund!